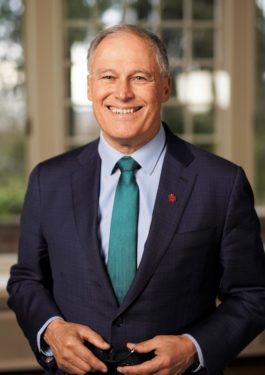 Jay Inslee is serving his third term as Governor of Washington State. Jay first became involved in public service in 1985 when he and Trudi helped lead the effort to build a new public high school in Selah. Motivated to fight against proposed funding cuts for rural schools, Jay went on to represent the 14th Legislative District in the state House of Representatives. He continued serving communities in the Yakima Valley when he was elected to Congress in 1992. The Inslees later moved back to the Puget Sound area where Jay was elected to Congress in 1998, serving until 2012 when he was elected governor.