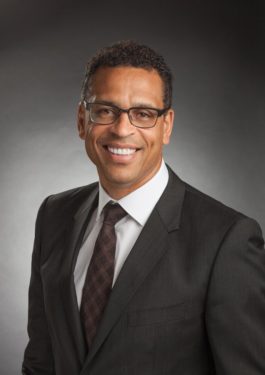 Ben Danielson, MD, is a pediatrician and advocate for the health and well-being of children and families with low incomes. For 20 years, he served as the medical director of Seattle Children’s Odessa Brown Children’s Clinic – a post he resigned from in November 2020 to protest what he identified as racist and discrim­i­na­tory practices at Seattle Children’s. He is a clinical professor of pediatrics at the University of Washington.

Along with two sisters, Dr. Danielson was raised by an amazing single mom who instilled in him an appreciation for the value of education and a desire to be a contributing member of the community. In college, he decided that becoming a doctor was a good way to meld his scientific and human service interests.

Dr. Danielson graduated from Harvard University and then the University of Washington School of Medicine, specializing in pediatrics. He completed his residency at Seattle Children’s before assuming responsibility for the Odessa Brown Children’s Clinic in 1999. Dr. Danielson participates on numerous boards and committees, including the Governor’s Interagency Council on Health Disparities (chair), the Group Health Foundation (chair) and the University of Washington Foundation.